Working together to serve our communities through science.

In partnership with community members, Gardenroots aims to:

Evaluate environmental quality and the potential exposure to contaminants of concern (COC) near active or legacy resource extraction and hazardous waste sites; Successfully communicate the study results to all participating individuals and families; Disseminate the results broadly in order to appropriately influence community prevention practices and environmental decision-making.

Today, the benefits of community gardens are acknowledged across the social spectrum, as they are repeatedly shown to increase access to wholesome foods, improve community building efforts, enhance emotional well-being, create green space, and reduce the cost of food. More than 18,000 community gardens now exist in the U.S. and Canada, and the USDA has estimated that approximately 8,268 farmers' markets are supported by local gardening efforts.

So what’s the challenge?

Gardens have been shown to be vulnerable to external stressors. With pollution, drought, and climate change representing an ever-increasing problem, environmental impacts to gardens from air and water represent a widespread concern. Soils can be a repository for society’s waste; a collection point for surface runoff and airborne deposition. Community revitalization and public health efforts could be diminished if gardens are unknowingly cultivated in environmentally compromised spaces.

One in four Americans lives within three miles of a hazardous waste site,1 of which there are roughly 355,000 in the U.S.2 Furthermore, the U.S. is home to more than 450,000 brownfieldssites, or former industrial properties deemed unsuitable for active use without reclamation and cleanup efforts.4 As if these numbers weren’t bleak enough, the U.S. is also home to approximately 550,000 abandoned mining sites, with more than 80,000 abandoned mines4 in Arizona alone. U.S. mining sites are linked to the generation of 45 billion tons of waste and are often encountered in arid and semiarid regions, such as Arizona. The dry and arid conditions of the Southwest drive dust emissions and can result in the long-range transport of metal-contaminated aerosols unearthed by historical mining operations, such as arsenic, cadmium, and lead.5, 6

Let us put two and two together

When the U.S. has community gardens plus hazardous waste and legacy mining sites, what do we get? A potential comingling of the two where some communities may be gardening in brownfield sites and near environmentally comprised areas.8,9,10 Hence, efforts are needed to investigate and evaluate the potential risks associated with growing food within the impact zone of resource extraction sites, as well as to balance the health benefits associated with eating affordable, available, locally grown food.

These types of environmental health issues are intricate and require capacity building, culturally sensitive strategies, and a trained population of scientists working at the local level. Representation is required for underserved communities if the decision-making process and lasting solutions are to be adequately shaped and developed. This type of local representation can be accomplished through a citizen science approach to research. Citizen Science is also recognized as an active conduit to Science, Technology, Engineering, and Math education (STEM) and is spurring the next generation of STEM leaders. President Obama’s call to action to create a "Nation of Makers" reflects these observations. In June 2015, the White House celebrated a "Week of Making" recognizing individuals who are using new tools and techniques to launch businesses, learning vital skills in STEM, and leading grassroots Do-It-Yourself initiatives.

With only a limited number of co-created citizen science projects ever completed, and with a minimal focus on risk communication, Dr. Ramirez-Andreotta developed and implemented her "Gardenroots: A Citizen Science Garden Project" in 2015. Building on the success of the site-specific, co-created citizen science project in Dewey-Humboldt, Arizona (2008 through 2012), Gardenroots now specifically characterizes the state of environmental quality in underserved rural communities. Efforts began by conducting environmental health needs assessments with Cooperative Extension agents and rural gardeners across Arizona. The project is now active in three Arizona counties (Apache, Cochise, Greenlee), evaluating the environmental quality in rural gardens. Dr. Ramirez-Andreotta has trained over 100 citizen scientists to properly collect samples, with more than 50 families submitting water, soil, plant, and/or dust samples for analysis and maintaining journals documenting their experiences and observations throughout the program. With a new federal mandate requiring every federal agency to dedicate resources to citizen science, her data will also be useful in propelling citizen science efforts forward and to determine whether such a project design: 1) co-produces data in a form directly relevant to the participant's lives, 2) increases the community’s involvement in environmental decision-making, and 3) improves environmental health education and literacy in underserved communities.

Before you amend, or grow anything, you should test your soils (once is only needed). Please refer to the Gardenroots Instructional Manual for soil collection methods. Please note that a safe soil arsenic standard for growing vegetables has not been established.

Some garden products may contain arsenic

Pay attention to the garden soil and amendments that you are using.

Iron in soils can reduce the available amount of arsenic

The iron and arsenic come together to form iron arsenate, a form of arsenic that is not well absorbed by vegetables. Please refer to AZ1415.

You can put an impermeable barrier between the uncontaminated topsoil, and the underlying contaminated soil to reduce mixing, and remind you how deep to till. If you do this, you must provide for bed drainage.

Maintain adequate levels of plant nutrients like calcium, nitrogen, potassium, magnesium and phosphorus in your soils by fertilizing regularly, not excessively. Please refer to AZ1020 and AZ1435.

The organic matter can help reduce how much a vegetable takes up. Apply at least a layer of organic matter 2 to 3 inches thick on the garden area about 1 to 2 months before planting. Please refer to AZ1435.

Construct a container or raised bed using materials and soils low in arsenic and lead. For example, do not use arsenic treated lumber to construct raised beds. Make sure to test the bedding soils before planting.

This may require technical assistance and guidance from the AZ Department of Environmental Quality.

Arsenic and lead occur naturally in soils. It is impossible to grow plants completely free of arsenic and lead, but there are ways to reduce the amount that is available to, and taken up by your vegetables. Above are important recommended practices.

Avoid eating and drinking while you garden

Soils and dust might get on your food or in your drink, and you could accidental swallow it.

This will limit the amount of dust you inhale.

Designate a set of clothes and shoes for gardening use only

Wash your hands and all exposed body surfaces after gardening.

Leave your shoes outside

Remove your shoes right before enter your home to avoid tracking soil into your home.

Mop floors with a damp mop, and wipe down surfaces in your home regularly. Change your vacuum bag more often, or upgrade your vacuum to one that has a High-Efficiency Particulate Air (HEPA) filter.

Wash, and then store all your gardening tools outside.

You can greatly reduce your exposure to arsenic from your soil if you follow the suggestions above.

After gardening, and before vegetable washing.

Once inside your home, wash your vegetables again using a scrub brush to remove remaining soil particles

Look at the shape of your vegetables - some can trap soil particles. For example, soil particles can get trapped in between the flower heads on broccoli, and leafy vegetables have large surface areas where soil can collect.

Eat vegetables from your garden, the grocery store and farmers' market. Eating a mixture of homegrown and store bought can help reduce your potential exposure.

Wash your vegetables before you bring them into the house

This act can reduce the amount of arsenic and lead on your vegetables, and what is transported into your home.

Pare and/or peel root and tuber crops like carrots, radishes, and potatoes. Make sure you throw the parings and peelings away.

Do not compost unused plant parts, peelings or parings for use in the garden

This act will reduce the recycling of arsenic and lead in your compost.

Arsenic and lead occur naturally in soils. Concentrations of arsenic and lead in soils may be 10 to 100 times greater than concentrations in the vegetables you grown in that soil. Because of this, it is crucial to remove soil particles that stick to your garden crops. Above are important recommended practices. 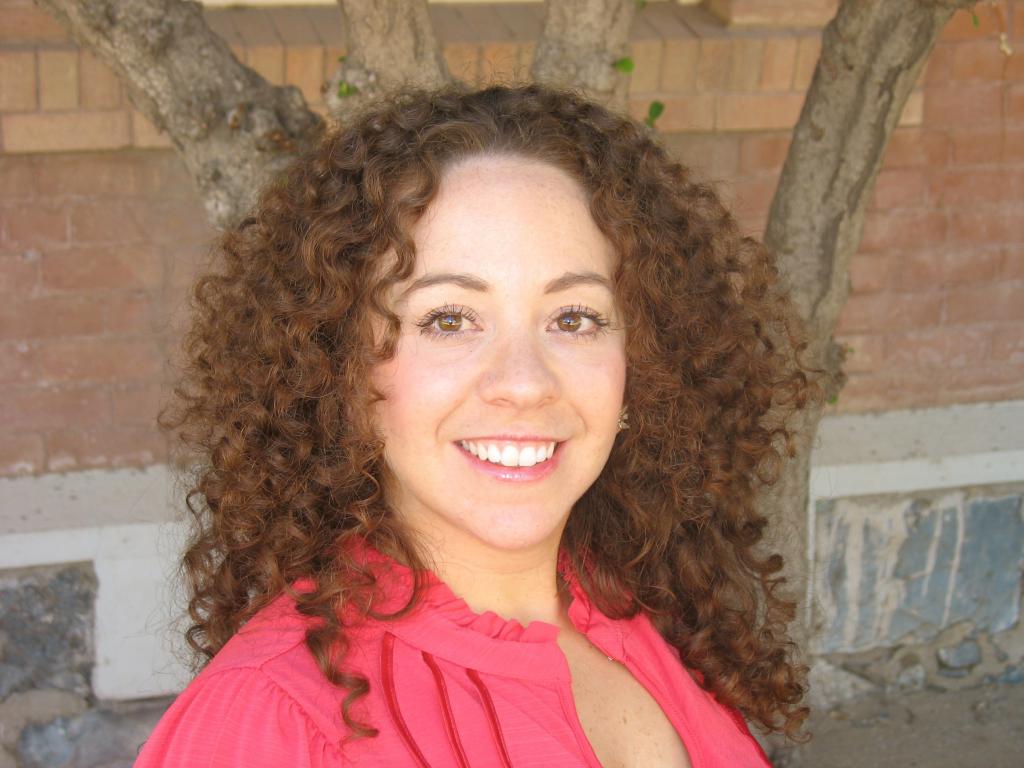 Dr. Mónica Ramírez-Andreotta is an assistant professor of Soil, Water and Environmental Science (SWES) with a joint appointment in the College of Public Health at the University of Arizona (UA). She is trained across various fields and is a transdisciplinary researcher in the purest sense. She received a B.A. degree in Ecology and Evolutionary Biology, a B.A. degree in Studio Art (Photography), and a Master’s of Public Administration from Columbia University. Her Ph.D. is from the UA in SWES (with a minor in Art) and she completed a postdoctoral fellowship with a renowned medical/environmental sociologist at Northeastern University.

Ramírez-Andreotta is dedicated to, and has been successful in reaching underserved populations. She has independently secured funding from the US EPA, Agency for Toxic Substances Disease Registry, Woodrow Wilson Center for Scholars, and National Institute of Environmental Health Sciences to conduct research while building community-academic partnerships. Dr. Ramirez-Andreotta’s philosophy is that in order to successfully engage communities and students, it is essential to address critical environmental health problems identified by the community, and then work collaboratively through the problem-solving and research process.